In order to secure your financing at an early stage, the project controlling software PROBIS calculates a specific cash outflow planning based on the execution times.

The shell construction phase of Vienna's future "Kaufhaus des Westens" and the associated hotel has now begun. This was announced by the Signa Group on Tuesday. The complex is scheduled to open in 2024 and is being built on the site of the former Leiner building on Untere Mariahilfer Straße. The overall project, currently known as "MAHÜ 10-18", also includes a roof terrace for public use. According to Signa, construction is now going deeper as the garage is being enlarged. If the project proceeds as planned, construction will start in August 2022 and be completed in May 2023. 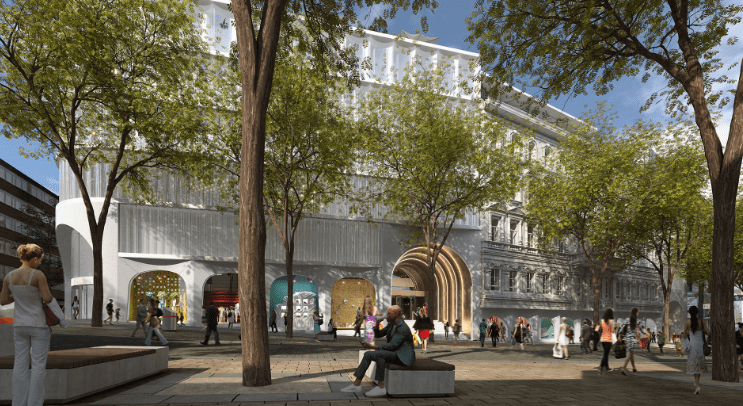 Software service and consulting for SIGNA with PROBIS. Superior use of the PROBIS Control module by the building owner and use by the project management. Extensive process and interface technology in use.

Here you will find a list of features that were used in PROBIS to realise this project.

Interfaces to SAP, among others

Further information on the project

Link to the project

Take a look at other projects realised together with PROBIS

Visit us on our social media channels

The automated forecast calculation allows conclusions to be drawn about deviations from planning at any time.
Learn more

PROBIS intelligently combines all cost management processes in one solution. Always have all costs and revenues under control throughout all phases of a project.

When you visit a website, it may retrieve or store information about your browser. This usually happens in the form of cookies.
Get more...
Cookies deactivatedCookies enabled